Gluten Free Food: Is It Better For You and Do You Really Need to Spend the Money? 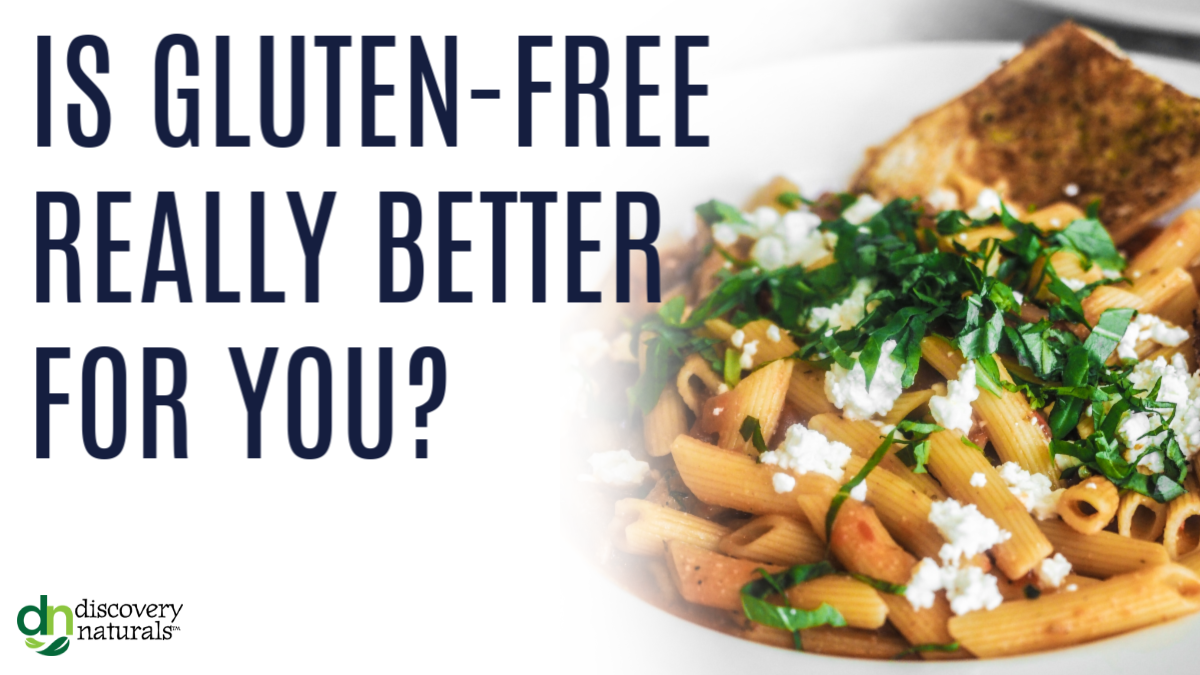 You’ve seen it at the grocery store, your favorite restaurant, and your great Aunt Martha has jumped on the bandwagon…gluten-free food is officially on your radar!

Gluten-free-everything is having its moment in the spotlight, but when it comes to the health benefits and asking yourself if it’s worth paying more for items you love, let’s take a hot gluten-free minute to dive into the subject.

What’s the deal with gluten?

"If you go back in history, wheat was very different from what it is today.” According to our science guy, Alan Shugarman, “It’s been genetically modified so that it’s different than it was originally.”

He goes on to say, “If you look back at medieval times, or even back to when bread was first being made out of wheat, bread was hard like a rock. Watch knights in medieval movies, you could literally knock someone out with a loaf of bread as opposed to the way it is today.

Did you know gluten is one of the proteins found in wheat and there’s two components to it called gliadin and glutenin? It’s what gives dough, bread, and pizza structure and it’s why bread rises and stays that way, allowing for slices to maintain their shape!

Ever had a piece of gluten-free bread or a bun? You may have noticed it tends to fall apart and crumble because it doesn’t have gluten to hold it together. Bread gets harder and tougher the higher the protein content, and it gets softer and doughier the lower the protein content.

So now you know the basics of gluten, but it still doesn’t answer if you should go for those gluten-free cookies or not!

If you happen to have Celiacs, then the answer is a definite “No!” You’ve probably heard of Celiacs, which is the inability to break down gluten. For sure you’d choose to be gluten-free in this case!

But what if you don’t have Celiacs? Are there benefits to eating gluten-free?

Some people identify as being gluten-sensitive, which means they don’t break it down that well or it causes their stomach to bloat or look puffy.

Alan says, “In general, people do tend to eat too much bread and items made from wheat. Which is easy to do because pasta, bread, pizza, and pastries are easily accessible and let’s not pretend they don’t taste great!

However, this means people tend to over-consume in comparison to what they should do with their diet like eating more vegetables or lean meats.”

One thing is certain…brands are all-in on the fad even if you, the consumer, don’t necessarily need their gluten-free options.

Shugarman points out that oats are naturally gluten-free, except for the fact that they’re cross-contaminated because of the wheat field next door, which even a small amount of wheat causes a celiac person to have a reaction.

He went on to share, "In order to be gluten-free oats, they put them through this special process that was developed by a man, not that long ago, that separates and makes sure there’s no wheat in the oats because oats don't have gluten, naturally. They would just be cross contaminated.

So in grocery stores you’ll see gluten-free oatmeal. Now, if you're a lifestyle gluten-free person and you don’t have celiacs, you could spend lots of money buying gluten-free oats because they're more expensive under some brands, and you could save yourself some money because there’s probably a very tiny amount of wheat in Quaker Oats that are not listed as gluten-free because they didn’t put them through the process.

Which means you're paying a lot of money to get a minuscule amount of wheat out that probably doesn't matter to someone who’s not a Celiacs sufferer.”

Ultimately, deciding if you should fork out the cash for gluten-free options will come down to if you’ve found yourself not feeling well after eating wheat. In which case it’s worth it to give gluten-free products a try.

But if you don’t notice any differences, chances are you’re doing just fine with your gluten!